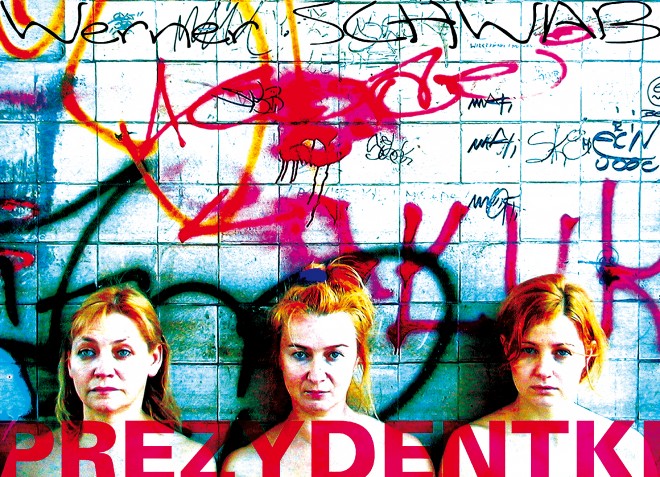 Krystian  Lupa  is  poland’s  most  important  director and one of the most charismatic talents at an inter-national  level,  winner  of  the  13th  Europe  Theatre Prize  (2009).  The  presidents  was  written  by  Werner Schwab,  an  austrian  playwright  and  poète  maudit who died at the age of 35 in 1994, celebrated for in-tensely scatological works rich with surreal images of violence and degradation. the play is the story of three women whose life is confined by the television, religious  bigotry,  humiliating  work  and  memories  of the  past.  the  three  live  in  a  dreamlike  and  vacant world, and the definitive loss of control over their illusions leads them to become criminals.