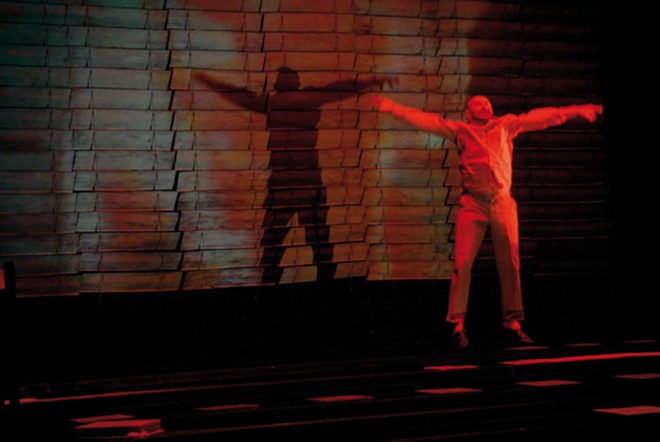 An agonising and violent cult theatre piece performed  around  Europe,  the  Toneelhuis  &  Ro company’s work is based on Bezonken Rood by the dutch writer Jeroen Brouwers, considered one of the masterpieces  of  contemporary  dutch  literature.  Based  on the  writer’s  experiences  in a japanese  concentration  camp  during  the  second  World  War,  where  he was  interned  at  the  age  of  three  with  his  mother, sister  and  grandmother,  Sunken  Red  is  an  elegy  to the shattering of a life under the weight of a childhood  of  war  and  imprisonment,  given  voice  by  the extraordinary Ddirk Roofthooft.