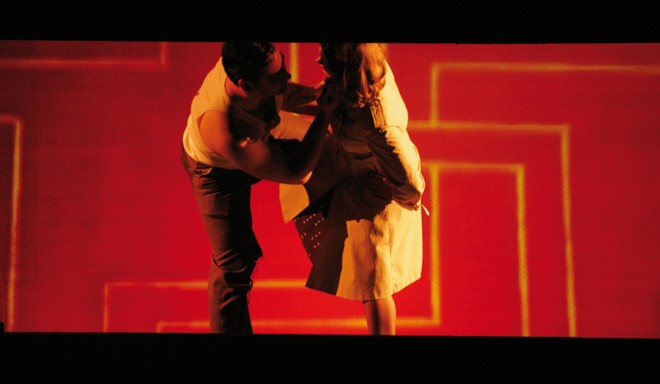 Harry works as a night porter in a hotel in a war-torn city somewhere in Europe. despite the distant sounds of gunfire and shelling, he likes the calm of his hotel. Harry has just one problem: he can’t remember how he got to the hotel, or what he did before. he’s not even sure if harry is his real name. Public and private obsessions, death, love and sexuality are explored by IDT, an explosive English collective performing in Italy for the first time.