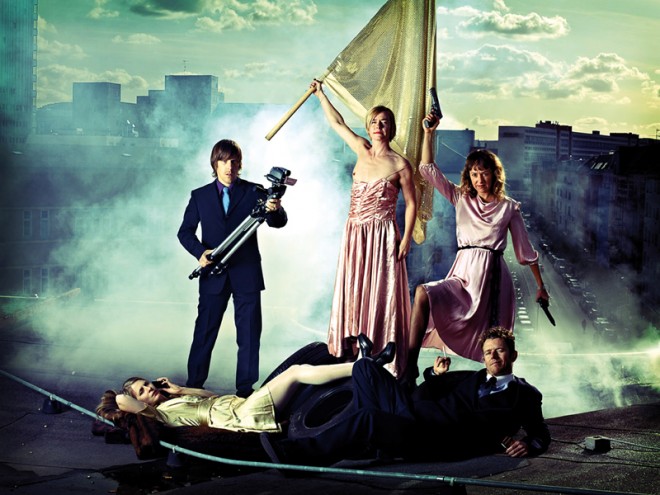 A group based in Berlin and Nottingham, the gob squad have made a name for themselves with video and performance projects staged in offices, stations, houses and hotels as well as art galleries and theatres. With a poetics of brutal linguistic topicality the group pursues a quest into the meaning of life and the concept of beauty hidden among the ravines of contemporary culture. Grip ping, enthralling, noisy, Revolution now! dusts off humanity’s decisive revolutionary moments from the past and the audience, just as in the past, has to get involved Gob Squad.